Beginning in seventh grade, every Foote student takes Latin in addition to a modern language, providing a common experience for our middle school students. Interdisciplinary, thematic units focus on Latin language while incorporating Roman culture, history and mythology. At the end of the Foote School Latin program, students are poised to read the great works of Roman authors with a linguistic and historical perspective. From the first year, classes involve a balance of written work, spoken Latin, creative composition and illustration. Research projects allow for individual investigation of topics such as historical and legendary figures of Roman history, mythology, daily life and the topography and monuments of the ancient city. 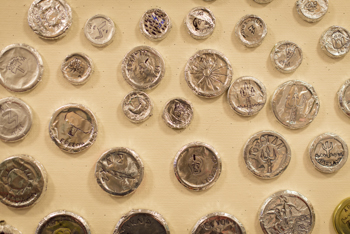 Students become familiar with the basic grammatical concepts of the Latin language, early Roman history and various cultural topics such as family, slavery and travel. Their interest in, and awareness of, Roman culture and civilization are enhanced by reading the continuous narrative about the lives and adventures of the Cornelius family in the Ecce Romani IA textbook. Students become quickly proficient in reading lengthy stories in Latin and inducing the general grammatical and syntactical rules from the specifics found in the passages. Attention is also paid to modern influences from the Roman world, such as English words derived from Latin, Latin sayings and the vestiges of Roman culture in our own. During their first year of study, students master three declensions of nouns, first and second declension adjectives, the present and imperfect tenses for all four conjugations and numerous irregular verbs, prepositions, adverbs, and many elementary syntactical rules. Special projects may include poetry recitation, creation of a Latin game, making of Roman lamps, and story bags of Roman Kings and early Republican heroes. 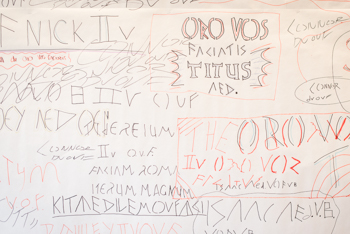 Students expand their knowledge of the Latin language and the world in which it was spoken, completing the Ecce Romani IB textbook by the end of the year. In addition to studying more uses of cases and vocabulary, the students practice noun-adjective agreement, the future, perfect, pluperfect and future perfect tenses, the fourth and fifth declensions, the dative case, demonstrative adjectives and pronouns, and personal and reflexive pronouns. Upon completion of the standard curriculum, the students often proceed to learn the relative pronouns and the passive voice of verbs using the Ecce Romani II textbook. Historical and cultural topics explored include the Roman Republic, travel, the city of Rome, chariot racing, and Roman elections. The study of English derivatives, Latin sayings and our inheritance from the Roman world continues. Special projects may include poetry recitation, creative presentations of the story of a mythological monster, topography and monuments of the city of Rome, and the use of calligraphy in the transmission of manuscripts. A unit on rhetoric includes the study of Shakespeare's Julius Caesar, as well as composition of their own speeches complete with use of rhetorical devices for a mock Roman trial. 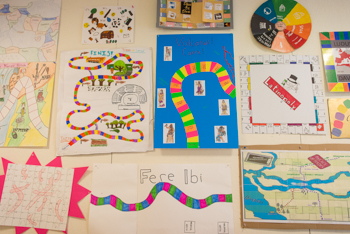 Reading fluency and advanced topics of grammar and syntax are the focus of the ninth grade year. In addition to learning the passive voice, comparisons of adjectives, participles, indirect statements and the forms and uses of the subjunctive, students regularly translate increasingly lengthy and complex stories. Students acquire knowledge of the political, cultural and literary history of the Romans and their contributions to Western civilization. The events of the Roman Empire are studied as well as Roman food, education, baths, gladiators, weddings and religion. Students develop independent research skills through an in-depth study of an emperor of their choice. Emphasis is placed on preparation for reading original Latin texts. Enrichment of the students' English vocabulary and methodical thinking are also stressed. Special projects may include poetry recitation, a Roman banquet, and a Roman artifact project based on an object in the Yale University Art Gallery’s collection. An accelerated honors level course is offered. Students are grouped by ability.

The sixth grade Festival of the World caps a yearlong study of global cultures, religions and geography. Each student studies a different country, creating a range of informational and artistic projects, including a model of a famous landmark.

Barry Fulton
Head of Middle School Barrington "Barry" Fulton Jr. is a dynamic educator who has spent nearly two decades as an independent school teacher and leader. Barry has passion for working with middle school students and a personal warmth that fosters trust and partnership with students, parents and faculty.

A schedule change will allow all 8th and 9th graders to play in the steel pan ensemble.

A team-by-team recap from the fall sports season.