One of the best things about Horizons at Foote, the school’s summer program for low-income New Haven public school students, is that several Foote alumni have joined as teaching assistants and interns. During its inaugural summer in 2015, Horizons had 10 Foote alums teaching literacy, math, art and swimming to 48 bright and eager children. Their dedication has continued throughout this school year, as they’ve attended community-building gatherings for Horizons families held on Saturday mornings. We asked four Foote alums and one current ninth grader why they chose to teach in Horizons, and what the experience has taught them. Here is what they said: 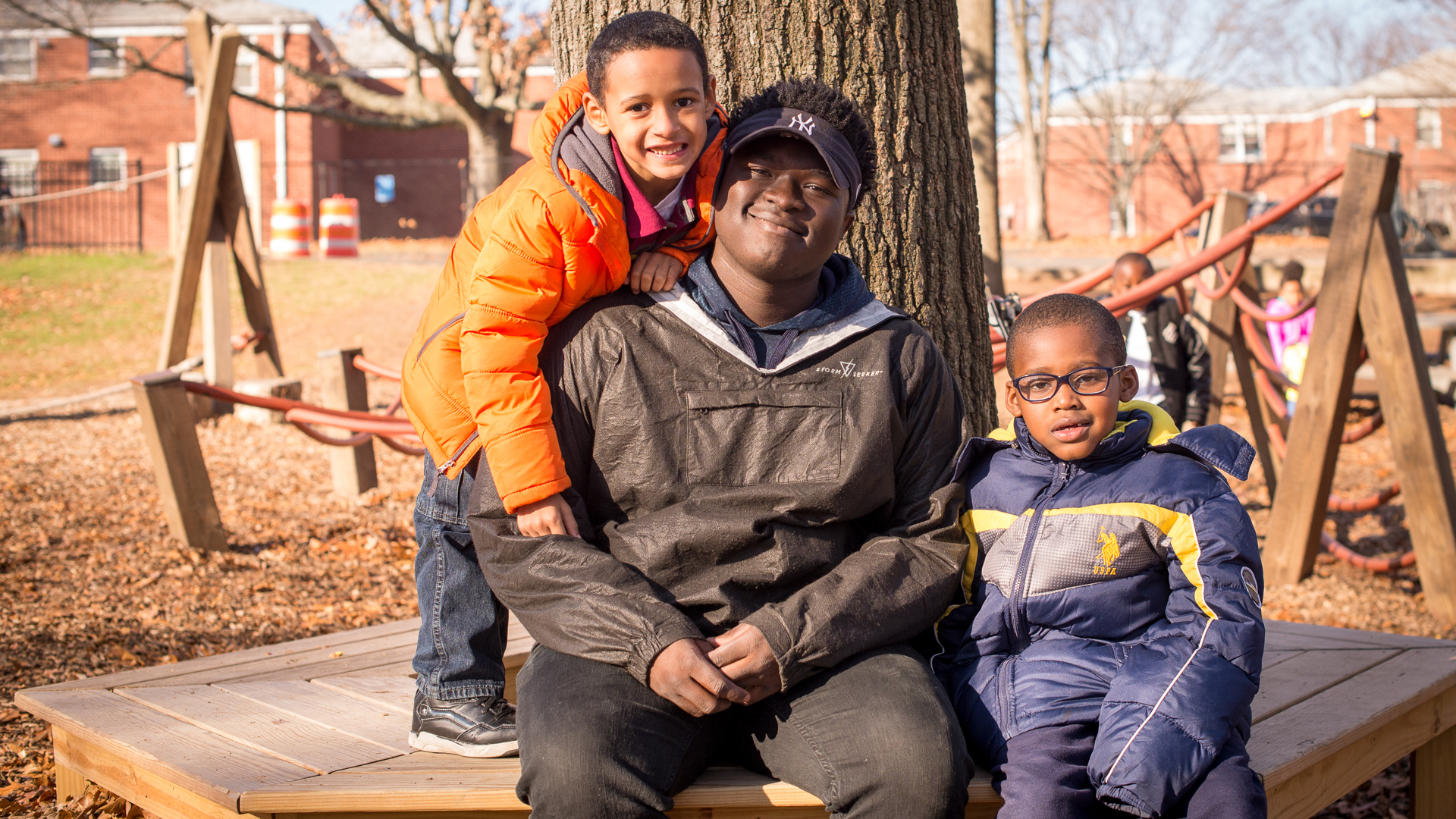 "Having been at Foote my whole life, I felt it was time for me to find a way to give back to the community that I loved so much. From working at Horizons I have discovered that I enjoy teaching youth. As my senior year comes to an end and I start to think about possible career choices, teaching has become something that I can see myself doing. I also realized how much I like being a mentor and someone who children younger than me can confide in. It is important for everyone to have someone who they can trust in and out of the classroom." 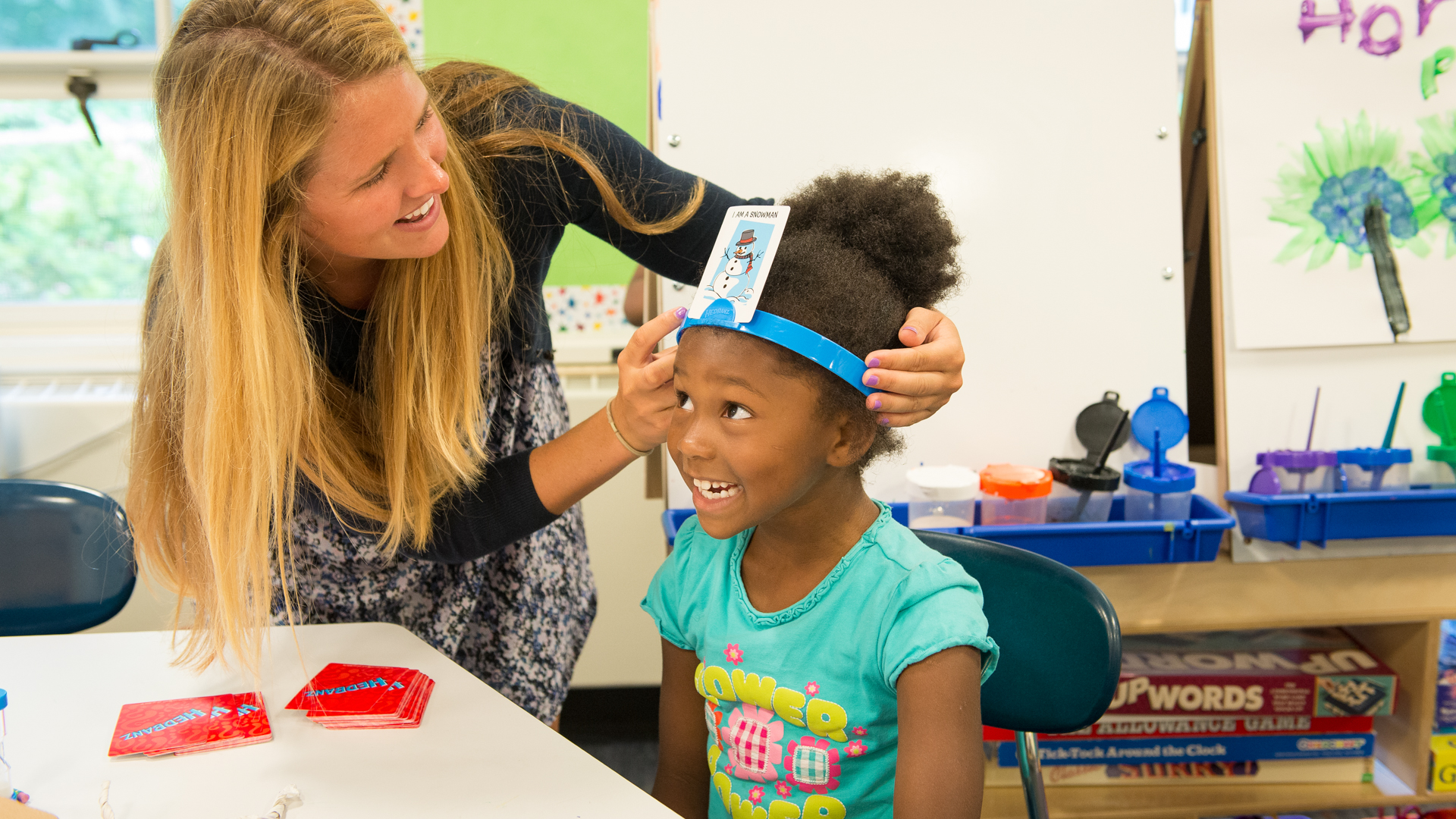 "I believe education is of utmost importance and every student should be given a chance to develop a love of learning. Horizons is amazing because it is more than just a six-week program; it is a year-long support system. I am studying to become a teacher and thought Horizons would be a great opportunity to learn more and further develop my teaching skills. Horizons has taught me to focus on the strengths of each child, rather than the weaknesses, and build from there. I have learned that focusing on individual children’s interests, combined with hands-on learning, can make learning so much more meaningful and fun. Horizons has made me want to pursue a career in inner-city education." 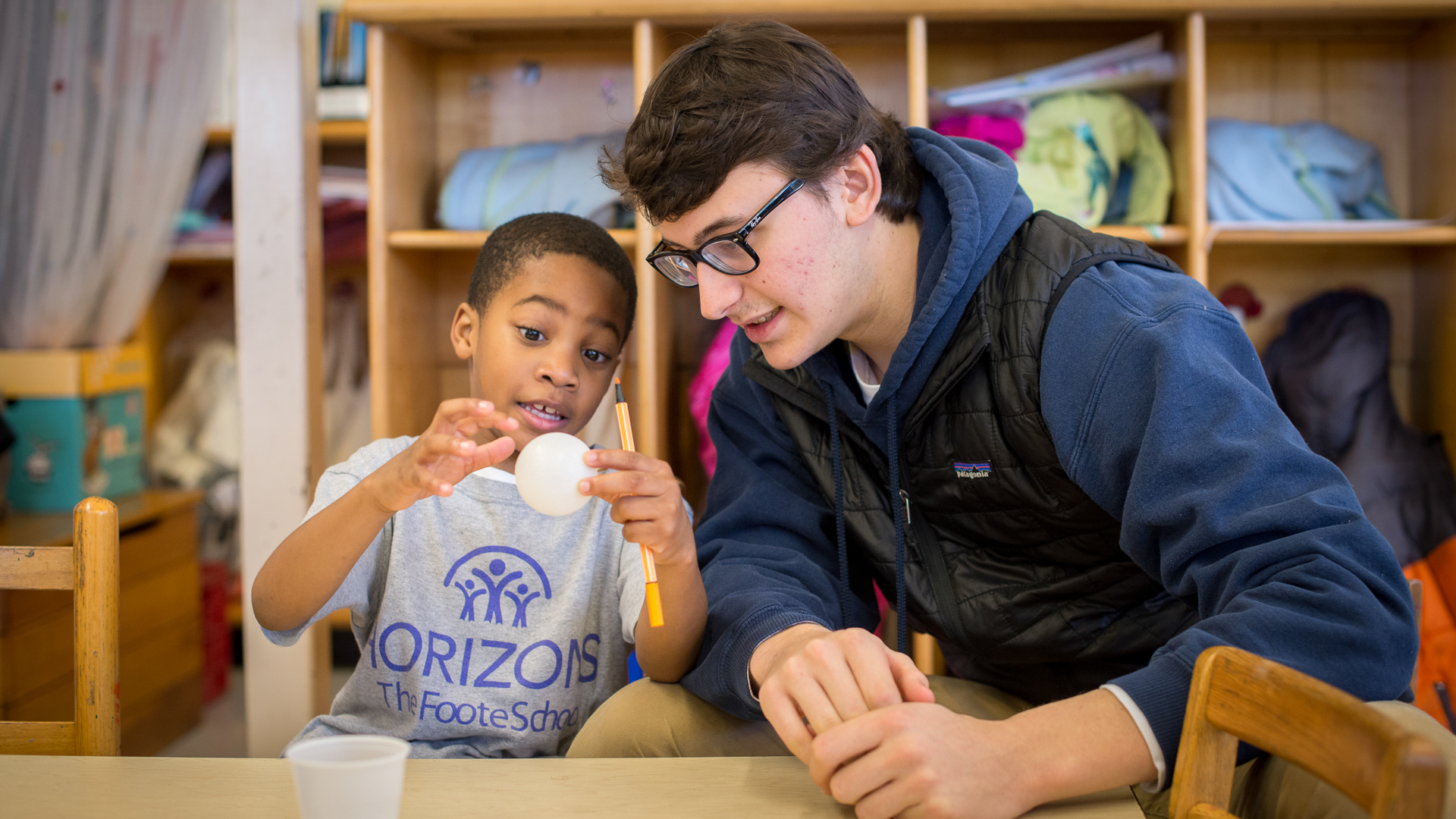 "Foote was a school, a playground and a home for me for the 10 years I was there and the eight that I was not. I wanted children to be able to have the experience that I had, with a caring community and a strong support system. I have learned so much from my time at Horizons. I have learned my strengths and weaknesses, a lot about learning and how your environment affects how you learn. Finally, I learned that it’s important to explore everything, because I would never have guessed how much Horizons would end up meaning to me" 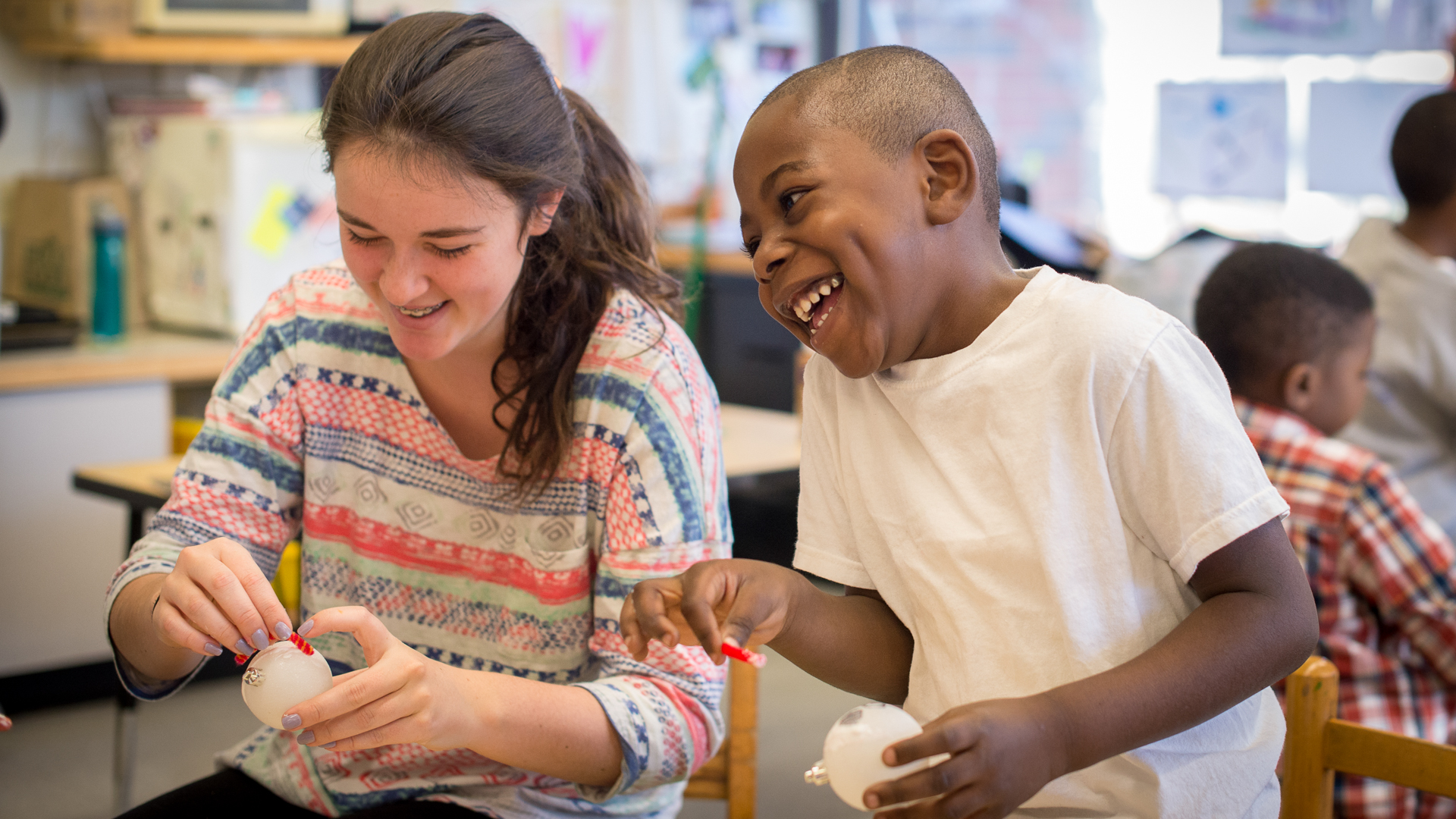 "I started out working at Horizons grudgingly but as soon as I met the kids, it was love at first sight. I learned that I really enjoy working with kids, and maybe want to pursue a teaching career. I learned how to work with other people, not only children, but teachers who had taught me in the past. Most importantly, I learned that trying new things is the most important thing you can do in life. Working with these kids has been such a privilege and has opened so many doors for me." 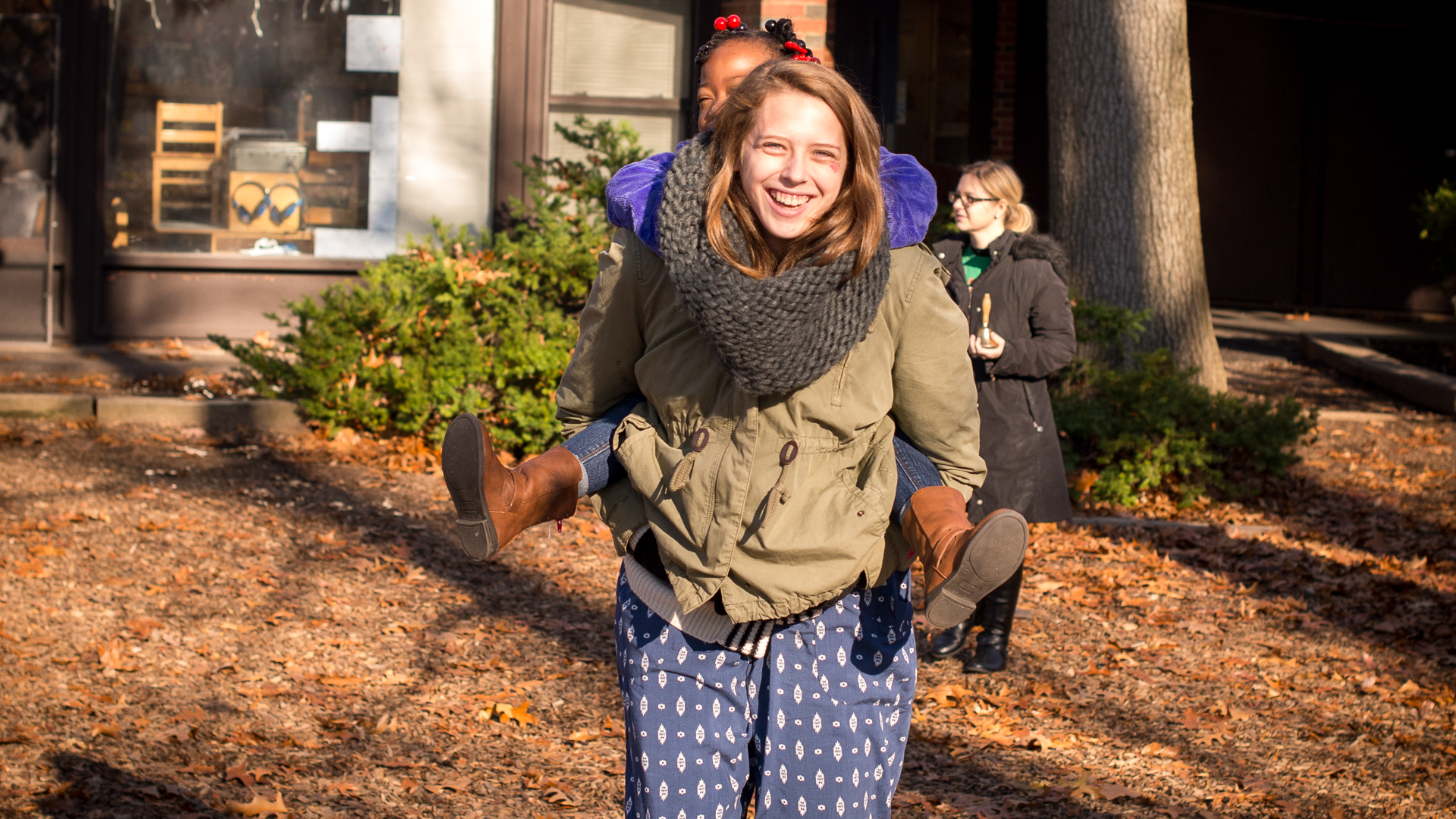 "I’ve learned that sometimes it’s hard to communicate with people about certain things, but there’s always a way to come to a place where you understand one another. I know that there are some cases where understanding each other is incredibly important, and being a swim teacher has helped me learn that. I need to be able to relate to the children and have them understand what I’m saying, and I also need to be able to push them enough so that they learn while staying comfortable and safe."