Learning and the Social Network 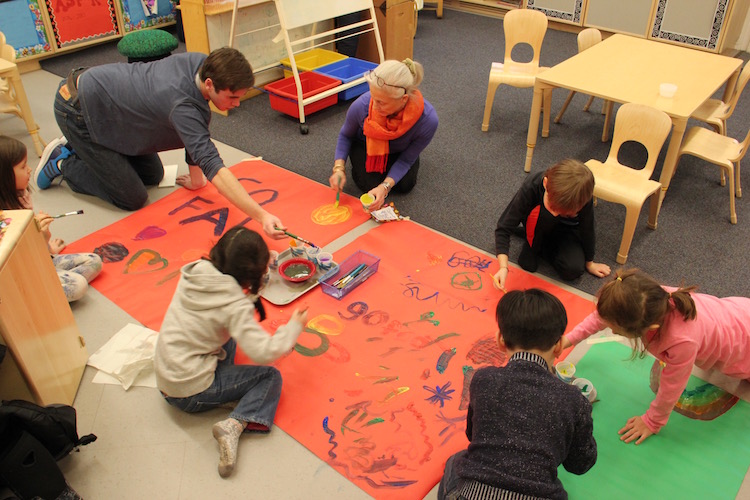 In 1896, the great educational psychologist John Dewey founded the Laboratory School at the University of Chicago. His goal was to create an institution that would serve as both a test site and a model for best practices in teaching and learning. In the 120 years since his school first opened its doors, Dewey’s ideas of Progressive education have become established as central concepts in schools like Foote. In fact, Martha Babcock Foote was influenced by Dewey’s methods when she began building our school.

A few years after the University of Chicago Lab School began operations, Dewey delivered a series of lectures to parents and supporters. Published together as The School and Society, the speeches remain an essential part of the canon of educational philosophy.

“What the best and wisest parent wants for his own child, that must the community want for all of its children,” Dewey said in his opening remarks. He went on to describe the ethos of his school:

It has a chance to affiliate itself with life, to become the child’s habitat, where he learns through directed living, instead of being only a place to learn lessons having an abstract and remote reference to some possible living to be done in the future. It gets a chance to be a miniature community, an embryonic society.

Dewey’s ideals are realized at Foote in countless ways, and not only during the official school day. After School Director Dawn Walsh summed it up succinctly the other day when describing her program. “It’s like a neighborhood,” she commented. She’s right; at 3:30 on any given afternoon, our classrooms offer what “the best and wisest” of us would want for our children. When school ends, our ASP spaces offer the kitchens, living rooms, backyards, and quiet nooks that children need to unwind.

Dawn and I were discussing a delightful overlap that has emerged between ASP and our middle school athletics program: For the past few weeks, the youngest children in ASP have been making rally signs to bring to basketball games. Dawn explained how the posters grew out of the regular curriculum. Most days in ASP, children begin with an art project and small, quiet activities in the classrooms. When they are ready for a larger interaction, their teachers lead them to the gym to watch our oldest athletes compete.

I had seen the “Go Foote!” banners in action last week at the girls’ varsity game; yesterday, I had a chance to watch the production of a new set of signs, as well as the range of other aspects of our very special “embryonic society.” It truly is a neighborhood, and feels, in all the best ways, like the biggest playdate in town.

When the Kindergarten door opened, a lively bunch of children piled into the classroom. Some were wearing snowshoes and boots; others carried their outdoor clothes. Once their gear had been stored, the children sat down for snack and a read-aloud. Some people left for special activities (yoga and “Little Scientists”); everyone else gathered around large sheets of craft paper to begin painting the basketball posters.

Meanwhile, across the way, 1st-3rd graders were eagerly involved in a range of social, artistic, and nurturing activities. Chess, Pokemon trading, board games, and an exciting craft project were underway when I got to the room. Cjet Raymond sat at a table with an eager group of children and a large pile of crayons. She gave a brief explanation of the project, and everyone got to work assembling colorful compositions by shaving the crayons and (carefully) melting them with a warm iron.

With large, welcoming spaces, a wonderful staff, and an endless supply of ideas, our children’s end-of-day environment is exactly what John Dewey proposed: “Doing systematically and in a large, intelligent, and competent way what…can be done in most households…In the first place, the ideal home has to be enlarged. The child must be brought into contact with more grown people and with more children in order that there may be the freest and richest social life…Learning? certainly, but living primarily, and learning through and in relation to this living.”

A selection of books from Foote's library that focus on Black stories.

Inspired by Dr. King and Amanda Gorman, Kindergartners paint a message about change on a classroom wall.

Read More about 'Change Sings' in a Kindergarten Mural