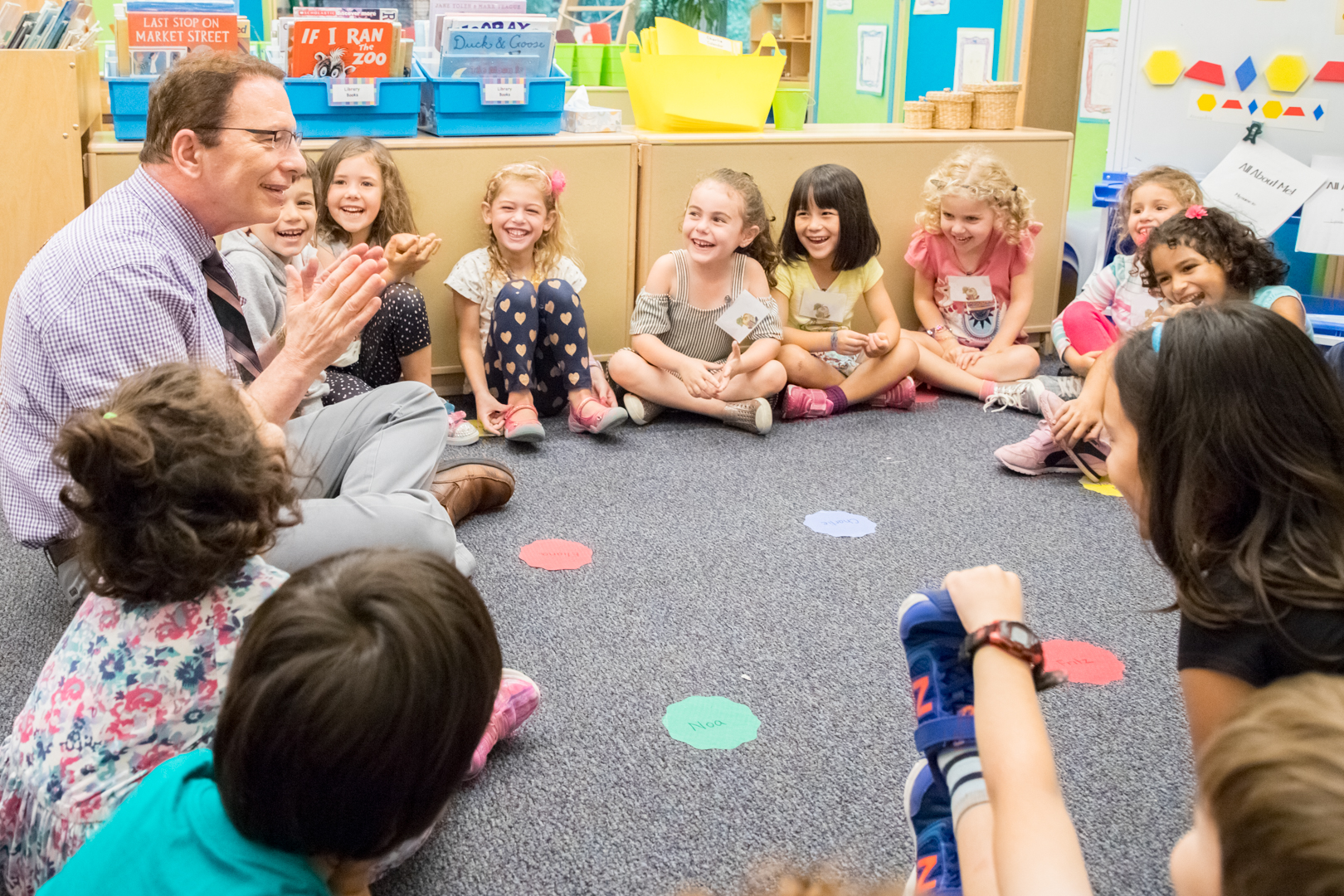 We usually notice rivers at their widest points: when we’re crossing a bridge or watching it meander to the open sea. It’s less often we venture to the source, where one could pass without considering what a small stream will one day become.

Such is the feeling of visiting Julian Schlusberg’s first Kindergarten drama class. 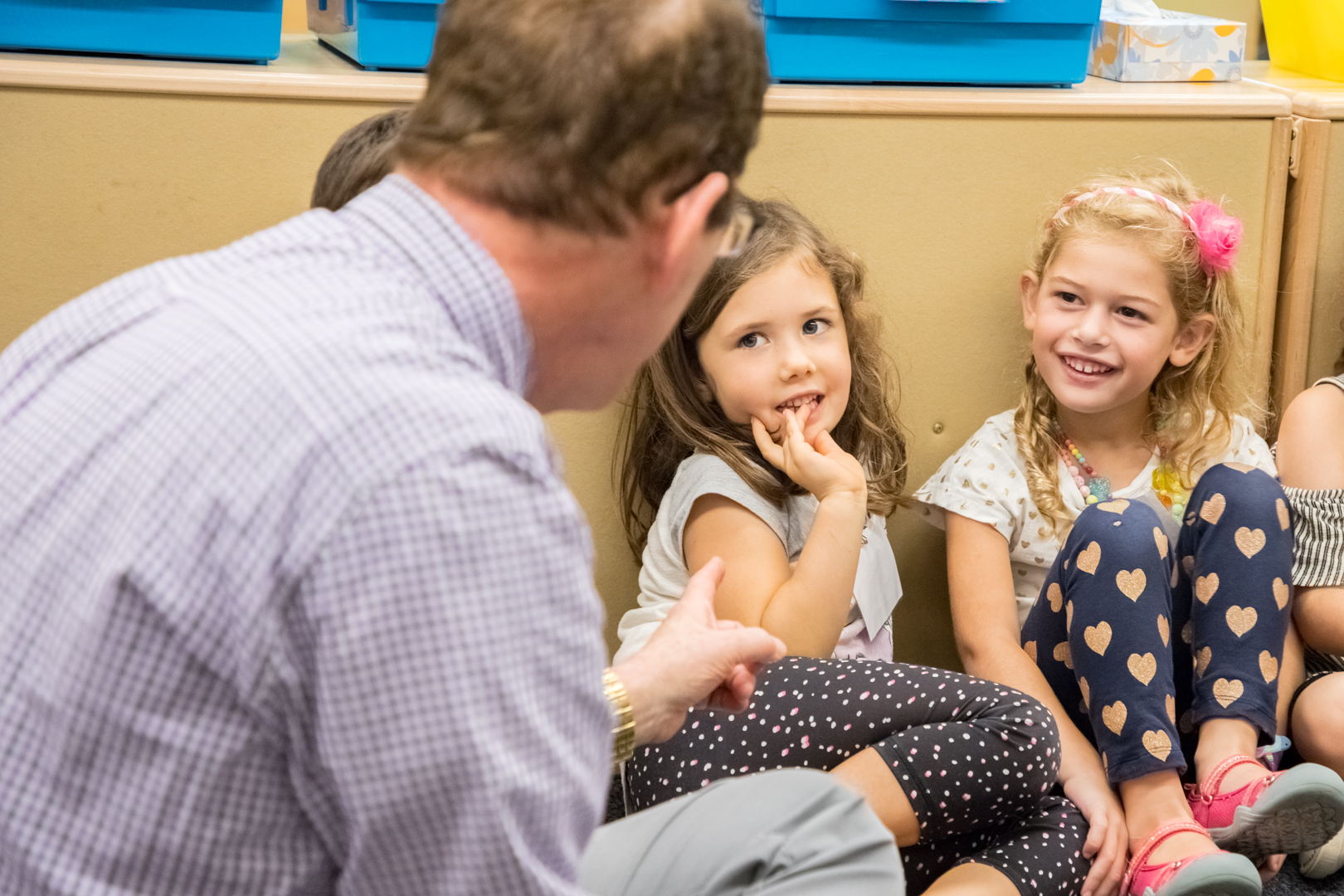 At Foote, drama is often witnessed as finished productions in the Sandine Theater: the fifth grade’s farcical Greek plays; the seventh and eighth grade play in December; the ninth-grade play in February; and the lavish musical productions of the Summer Theater Program.

But where does it all begin? Where do our kids learn to take on characters, share their voices, work with each other and make it all happen?

For many of our students, it starts in Kindergarten, when they sit in a circle for the first time and, at Julian’s direction, reach behind their ears to find a pinch of “drama dust” to sprinkle among them. Then, the magic begins. 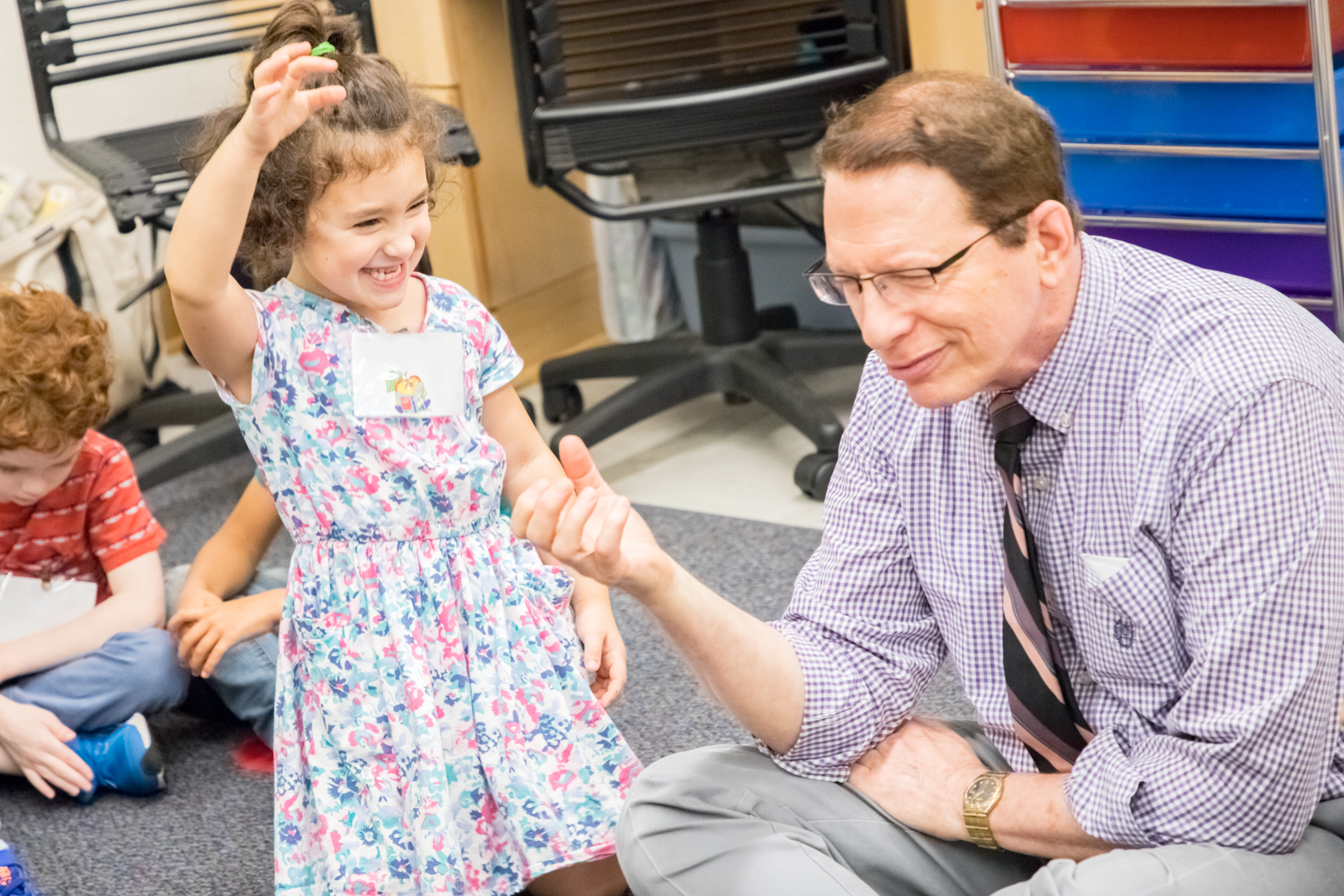 “So in each of your hands, you have an ice cream cone,” Julian tells the students, meeting them in their classroom rather than the teacher to ensure the greatest comfort. “Show us what it’s like to eat your ice cream, how much you’re enjoying it. And as you finish, it’s made your hands a bit sticky. How will you wash up? And it’s made us cold, hasn’t it? Let’s all reach for something to warm us up, like a cup of hot chocolate. Can you show us how much you’re enjoying it?”

With these inviting instructions, Julian introduces (and later names) concepts like pantomime and sensory movement, and he encourages his newly minted actors to explore how what is real and familiar can become part of imagination and pretending. 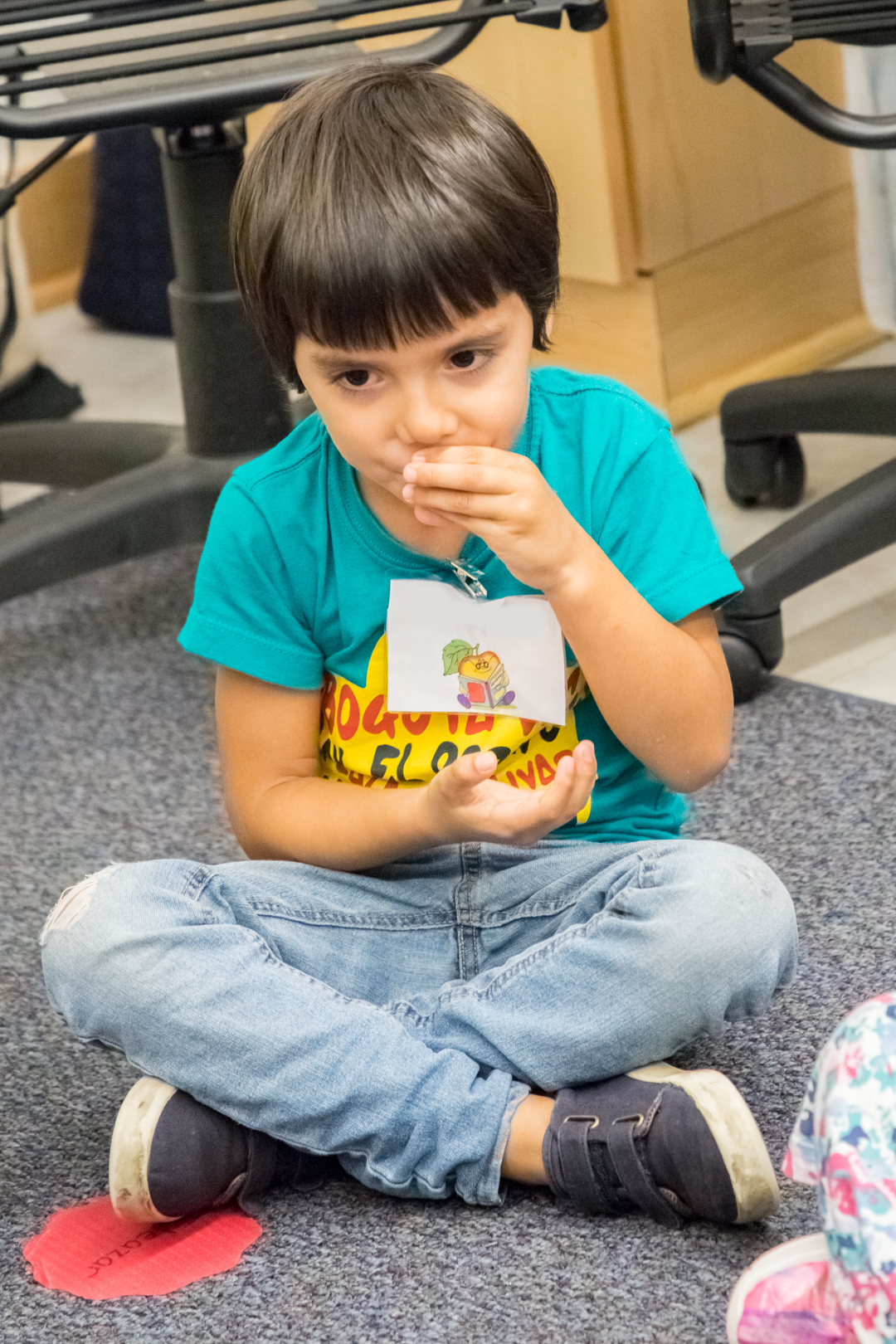 “In a way, it’s like its own form of magic,” he explains, “Getting to know ourselves and how we move and create.” Next, Julian asks each Kindergartner to pretend to eat a favorite food, encouraging the others to guess what they are eating. An eclectic menu of ravioli, soup, bananas and Kit-Kat bars are all part of the imaginary feast.

Before long, though, another smattering of drama dust is sprinkled to close the class. Everyone counts to three and like that, they return from the land of pretend.

In the months ahead, Julian will take the children through exercises in sound and movement, and before long they’ll begin talking about characters as he brings to class an imaginary trunk filled with a myriad of hats belonging to all sorts of people. The Kindergartners will also explore conflict through the delightful story of Lance the Giraffe, whose misadventures require a bit of help and movement, and even dancing, from the students.

Julian is one of the few faculty at Foote who teaches every child in every grade. He relishes the opportunity to get to know each student and to shape their drama experience at each stage of development. “I really get to know what each one is comfortable with, what their strengths are, and how to choose scenes that will be just right for them.” Over his 18 years at Foote, he’s watched many students come full circle, from Kindergarten pantomime to powerful performances in productions like last year’s ninth grade play, The Diary of Anne Frank.

“Sometimes, along the way, I can even take them back to the Kindergarten lessons, perhaps to help them solve an issue on stage, by reminding them to keep it simple and remember what it’s like to show the audience what you’re feeling,” Julian says. “Like how much you really enjoyed that ice cream cone.”

Unable to sing in person this year, the Foote chorus collaborated in the digital realm.